The tidal river course proceeds southwest into the Tangier Sound, Chesapeake Bay. The river is 64 miles long. A 26-mile ecotourism water trail running along the River was set aside in July 2011 by Delaware state and federal officials, contiguous with a 37-mile water-trail extending through Maryland to the Chesapeake Bay.

To learn more about recreational opportunities on the Nanticoke River, see https://paddlethenanticoke.com/

According to a study, the English explorer John Smith traveled up the Nanticoke River, mapped it, and visited with Nanticoke Native American tribe in their settlement in what is now Maryland. Captain Smith recorded that nearly 200 warriors lived with their families on the Nanticoke River, making their tribe more significant in population than many other tribes on the Eastern Shore at that time.

However, the Nanticoke were allied with the Powhatan Confederacy in what is now Virginia. Such alliances allowed smaller bands of Indians to have protection from enemy tribes.

In Algonquian, the common Indian language of Northeastern tribes, the word Nanticoke is translated from the original Nantaquak meaning the tidewater people or people of the tidewaters.

Located in Millsboro, Delaware, the The Nanticoke Indian Museum is the only Native American Museum in the state of Delaware. Today, members of the tribe maintain many of their traditions, including an annual tribal pow wow.

To learn more about the Nanticoke Indian Tribe, go to: http://www.nanticokeindians.org/

We are subject matter experts in emergency management, homeland security, and business continuity best practices. We integrate best-in-class program, acquisition, and information technology management to complement our subject matter expertise. Our consulting capabilities are highly regarded within the emergency management, homeland security, and business continuity communities. This recognition is based on our long and successful history of program delivery that enables clients to prepare for, prevent, mitigate, respond to, and recover from disasters, crises, and other emergencies.

Maintaining organizational resiliency through proper planning is critical to our customers as well as their employees and supply chains. Our well-recognized capabilities are validated by more than 35 years of service to the emergency management, homeland security, and business continuity communities. NGS’s all-hazards approach reduces vulnerabilities and manages risks that minimize the consequences of disasters and other disruptive events. We provide operations continuity management (OCM) aligned with consensus standards such asBS25999, ISO 22301 and NFPA 1600. NGS provides ongoing support to help our clients manage change to keep their OCM strategies current and effective.

NGS’s mission is to support clients in strengthening their ability to effectively prepare for, prevent, mitigate, and if necessary, respond to, and recover from disasters, crises and other emergencies to improve the nation’s resilience. 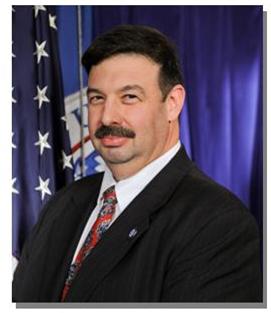 Dr. Oliver is an interdisciplinary consultant with over thirty-five years of experience in public safety, emergency management, homeland security, and business continuity programs.

Dr. Oliver, first appointed to the federal Senior Executive Service (SES) in 2001, spent twenty years as an SES where he served in various management capacities with the Federal Emergency Management Agency (FEMA), Department of Homeland Security (DHS) and the United States Department of Agriculture (USDA).

In 2002, he was a founding member of DHS. Dr.Oliver completed his federal career as the Assistant Administrator for Financial Systems at FEMA.

Dr. Oliver is the Founder and Principal of Nanticoke Global Strategies. In this capacity, he
serves as NGS’s lead technical authority. NGS clients include federal agencies, such as
the National Institutes of Health’s Office of the Director and some of the federal
government’s most well-respected consultants. NGS has and continues to provide
industry leading expertise across a broad spectrum that includes COVID-19 emergency
management response best practices to senior government officials.

Other notable roles include following passage of the Post Katrina Emergency Management Reform Act, leading the establish FEMA national evacuation planning and execution contracts and the effort to establish a long-range view of the nation’s disaster logistics management system.

As a member of the SES, Dr. Oliver successfully tackled some of FEMA’s most significant management challenges including serving as the acting Chief Security Officer (CSO) and addressing serious management deficiencies within the Office of the CSO; establishing the Office of Professional Responsibility, leading the effort to replace the National Flood Insurance Program’s insurance IT system; and leading a similar effort to replace FEMA’s financial management system. As a collateral duty, Dr. Oliver served as Chief of the National Response and Coordination Center (NRCC) at FEMA headquarters during high-level activations for five years.

For over a decade, Dr. Oliver served in various capacities as a Senior Procurement Executive. He oversaw many of FEMA’s procurement activities including small business utilization, acquisition planning, procurement IT systems, and customer support. For several years. He served as both FEMA’s Competition Advocate and Task Order Ombudsman. While with the federal government, he was certified by the Federal Acquisition Council (FAC) and DHS as both a Senior Acquisition Program Manager (Level III) with his Information Technology credential and as a Contracting Officer Representative (Level III).

In 2001, Dr. Oliver departed FEMA for a SES position with USDA. He returned to FEMA in 2003. While at USDA, he established and served as the Director of the Office of Crisis Planning and Management. In this capacity, he served as USDA’s National Security lead, Emergency Coordinator and Personnel Security Officer. He served as the primary point-of-contact with the intelligence community (IC), as USDA’s Human Intelligence (HUMINT) Control Officer, and coordinated USDA’s counterintelligence national security activities both domestically and overseas. As part of my emergency management duties, Dr. Oliver oversaw USDA’s Continuity of Operations (COOP) and Continuity of Government (COG) programs. For his efforts, he twice earned that Secretary’s Award for coordinating USDA’s response to the events of September 11, 2001 and the potential U.S. outbreak of Foot and Mouth disease.

Since 2009, Dr. Oliver has been an instructor at the University of Maryland Global Campus where he has achieved the rank of Adjunct Professor. He has over a decade of experience in the development and delivery of educational instruction to adult learners. He has also authored or directly overseen and edited numerous government publications and collegiate courses across a broad array of emergency management and homeland security subjects.

Dr. Oliver is the recipient of the 2016 University of Maryland Global Campus Professional Achievement Award which recognizes faculty who expand their horizons professionally and academically and has been nominated multiple times for the UMUC Stanley J. Drazek Teaching Excellence Award and the UMGC Teaching Recognition Award for The Undergraduate School. In 2020, he was awarded the Champion of Change Award. This award is given to faculty who make successful innovations possible, helping students change how they think about the relationship between their work and education.

As a member of the UMGC faculty member, Dr. Oliver has served as the Course Chair for: Catastrophic Disaster Planning and Response, Terrorism in Emergency Management, Public Safety Issues and Challenges, Public Safety Policies and Leadership, and Continuity of Operations Planning and Implementation.

In this capacity, he participated in the academic assessment of courses, mentored new faculty, ensured course classrooms are properly set up on time and course content remains current. At UMGC, he has authored and developed courses entitled: Catastrophic Disaster Planning and Response and Terrorism Issues in Emergency Management. He also authored a course entitled Terrorism: Origins, Ideologies, and Goals for Colorado Technical University

marekting brochure
How can we help you?

Looking for a Consultation?